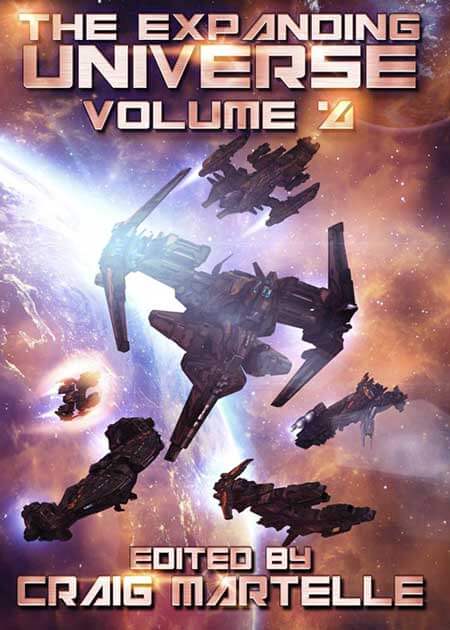 Grab this book
for only 99 cents
on Amazon.
Use Kindle Unlimited? It's free!
https://amzn.to/2QxKBGB

The Expanding Universe (Vol 4), edited by Craig Martelle, features Lights Out (Save Mankind) from the Bringer of Chaos series. The tale serves as a standalone story and introduces the character Six in his life as a ghost, back when he was known as Tornahdo.

Why that name? Ghosts were all special ops soldiers who had died and been resurrected. Their call signs often reflected some aspect of their fighting skill. For a Hispanic-Terran soldier with whirlwind fast reflexes, tornado--pronounced "tornahdo" in Spanish--fit.

He can save mankind. After he does one important thing.
Die.

When Tornahdo signs on the dotted line, he puts his life into the steady hands of the mighty Ghost Corps. Three grisly deaths and three agonizing resurrections later, he's assigned duty on the space station Enderium Six.

He's facing his most dangerous mission yet, the very reason the corps exists.

Tornahdo must take out the one man responsible for every war between humans and Ultras since the origin of the Ultra bloodline: the immortal king, Pietas.

If he succeeds, the war is over. If he doesn't, the Ultras will rule mankind for another thousand years.

Either way, he must face an unbeatable, unkillable enemy, and this time--somehow--find a way to keep himself alive...

When you're a ghost, it's Lights Out.
But it might be the only way to save mankind.

To learn how Tornahdo ends up being called "Six" read Bringer of Chaos: Origin of Pietas. In the story timeline, that book immediately follows this story.

Download Lights Out: Behind the Scenes for inside secrets, an exclusive look at Ghost Corps weapons, and author research 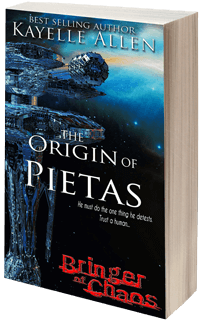